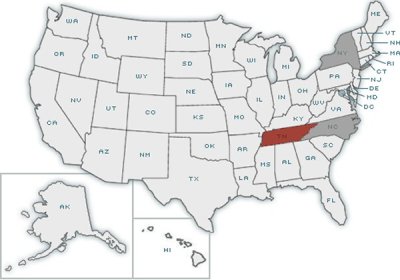 I was able to cross the third state off my list as I made the journey to visit my good friends Stew and Kristin in the "Scruffy Little City" of Knoxville, Tennessee. 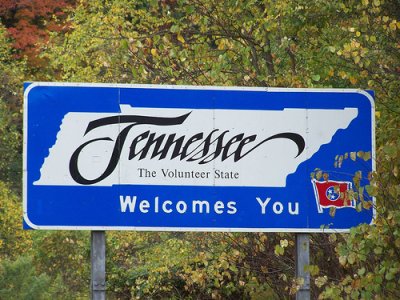 I didn't exactly pick the best time to drive to Tennessee. Not only am I driving through the highest portion of the Appalachian mountains in the winter time, but the main roadway into Tennessee from North Carolina, Interstate 40 (which spans the entire US), was closed due to massive rock slide (pictured below). I was forced to detour through Virginia, which was going through a blizzard. There were feet of snow piled up on both sides of the road, but thankfully the road itself was clear. After 6 hours of driving, I made my way into Knoxville! 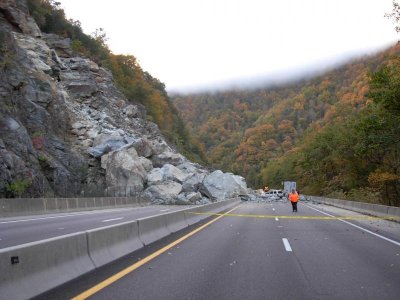 Knoxville was the capital of Tennessee until the state was accepted into the union (when the capital was moved to Murfreesboro, and later finally to Nashville). Knoxville is the 3rd largest city in the state, but the largest in eastern Tennessee. Knoxville has ~200,000 people, is the home to the Women's Basketball Hall of Fame, and is the home of the main campus of the University of Tennessee. Tennessee as a whole is the nation's 36th largest state (land area) and the 17th most populated (in total population). Tennessee supplied more soldiers to the southern army during the Civil War than any other state, it is the birthplace of country music, and is home of Graceland and Davey Crockett. 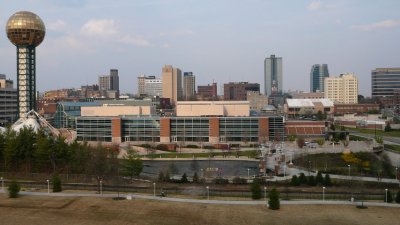 After a long drive, Stew, Kristin, Stew's sister Edith, and I spent the first night catching up at Stew's house on the western side of town. The next morning we set off to explore the city. Knoxville is situated at the junction of 3 interstates which go off in every direction like spokes of a wheel. Because of the traffic going in and around the city, Knoxville seemingly has every major restaurant, fast food, and store chain in the country. Driving from Stew's house to downtown there was an unbroken string of malls and restaurants. We zoomed past them all and drove straight into the city center. Our first stop was going to be the site of the 1982 World's Fair and its most memorable landmark, the Sunsphere. 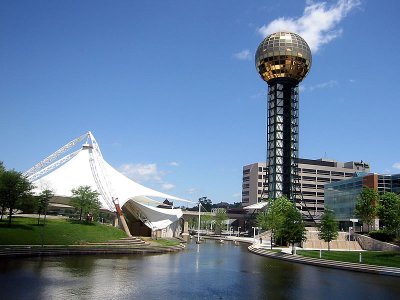 In 1974, the Wall Street Journal scoffed at the idea of "this scruffy little city" landing an event as big as the World's Fair. Eastern Tennesseans rallied together and put on one of the most successful World's Fairs in the US (and to this day still use the nickname). 22 nations participated and over 11 million people attended the event. The focus of the fair was energy, due to Knoxville's proximity to the major hydroelectric power company Tennessee Valley Authority and Knoxville's role in enriching the uranium for the first atomic bomb. Despite the success of the event, the most recognizable landmark is the Sunsphere, a 266ft steel structure with a golden globe at its apex. Personally, I first heard about the Sunsphere from The Simpsons when Bart knocked it over and found it was full of wigs. 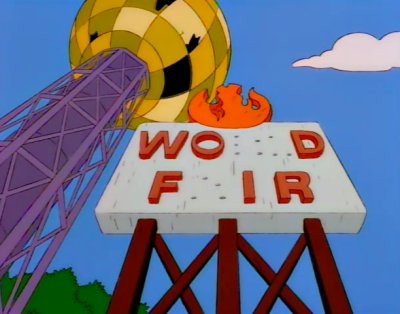 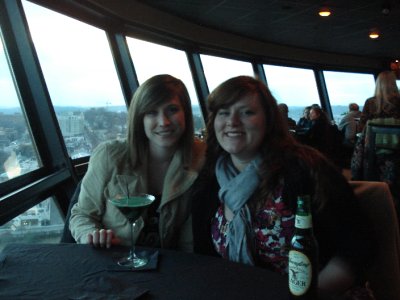 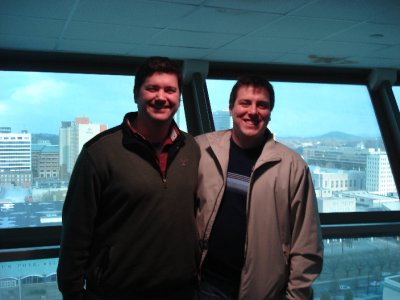 We left the Sunsphere and walked towards the center square of town. I saw the Historic Tennessee Theater, some interesting sculptures in the park, and some of Stew's favorite watering holes. The cold became too much, and we retreated back to the car. We stopped for dinner at Calhoun's BBQ to get some authentic Tennessee BBQ and fried green tomatoes. After dinner, we left downtown to head back to the house. After another late night of hanging out, I woke up the next morning to begin the drive back to Raleigh. My trip to the "Scruffy Little City" was over.