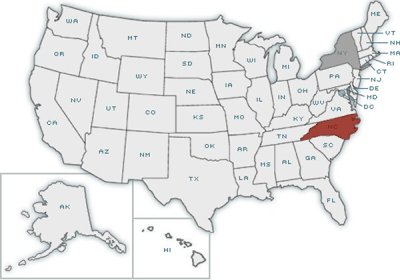 Well, it was inevitable. I didn't want it to be the first state to cross off the list, but honestly, I knew it was going to be the easiest. Since I am currently living in North Carolina, I was bound to do something unique eventually. One thing for certain, the Krispy Kreme Challenge is definitely an unique experience.

For those of you not living in the southeast US, or in one of the 20+ other countries where Krispy Kreme operates, let me tell you what you are missing. Krispy Kreme makes quick-rise yeast donuts, most commonly served glazed. These donuts are fantastic, but their taste is not the best part. Krispy Kreme stores are known for the "HOT Donuts NOW" sign, which draws people like moths to a light. When this sign is lit up, it means that the donuts are coming off the line fresh and hot, and they will literally melt in your mouth (mmmm, my mouth is watering a little just thinking about it). It is not uncommon to take the long way home from downtown just to check if the "HOT Donuts NOW" sign is on. 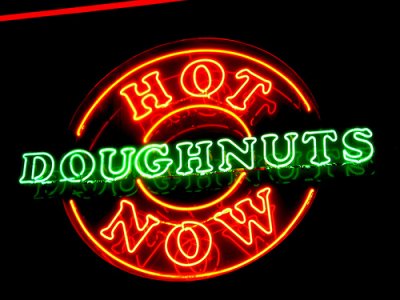 The Krispy Kreme Challenge is a charity race through downtown Raleigh that raises money for the North Carolina Children's Hospital. The race starts at the belltower on NC State University, continues to the Krispy Kreme, and then winds back to the belltower. The Krispy Kreme Challenge is a very challenging race, few who enter actually complete the challenge. The challenging part isn't the distance (a little over 4 miles) or the course layout (only a few moderate hills), but is in the task awaiting the competitor once they reach Krispy Kreme. After running 2 miles, the racer must finish a dozen Krispy Kreme donuts, and then run 2 miles back. The race must be run in under an hour, no vomiting allowed. 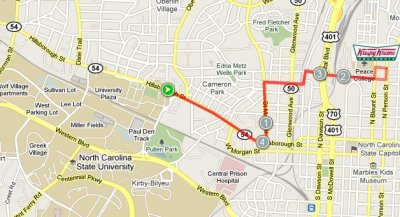 The race was started in 2004 as a group of friends met at the belltower to complete their self created challenge. The campus newspaper reported on the event, and later it was named #85 in the top 102 More Things You Gotta Do Before You Graduate by Sports Illustrated. The next year the event was held to raise money for the Children's Hospital, and has grown substantially each year. The 2010 race was capped at 6,000 participants due to space limitations.

This year, my friends and I decided we were going to participate. Only a few signed up as "Competitors" (those who will attempt to eat all 12 donuts and complete the race in 60 minutes), the rest of us signed up as "Participants" (those who run the course and receive 12 donuts to eat at their own pace). A lot of people show up in costumes, as this is regarded as a "fun" event instead of a "competitive" event (although there are cash prizes). Our group decided to come dressed in all black with pink headbands so that we would stand out. We were far from the most outrageously dressed. 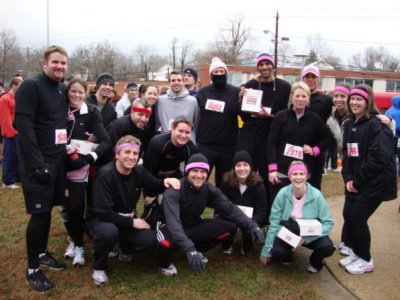 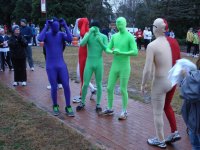 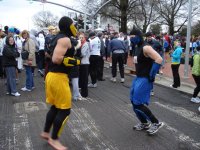 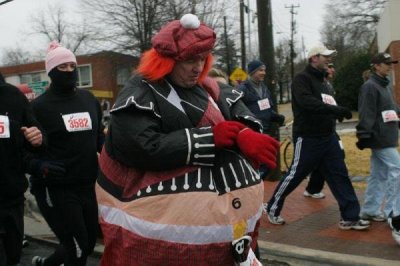 At 8:00 am the racers lined up in front of the belltower as snow started to fall. The gun sounded and we were off. Everyone started off ambitiously, moving quickly down Hillsborough Street. I saw people running with their dogs, I saw people running in speedos (only), and I saw the race mascot (a guy with an innertube strapped on top of his head). Our group began to split as the competitors sped off to the front of the pack, and the quicker paced participants steadily moved further in front of the rest of the group. We all met again at the half way point at Krispy Kreme. The eager and smiling faces I had seen at the starting line had been replaced by looks of pure torture. Trying to eat 12 donuts at once proved to be a grueling ordeal. Participants were staring at donuts 8-12 with disgust. A number of strategies were being employed to force the donuts down. Some participants squashed them all together so that they were only eating one very dense donut, while others brushed as much glaze off as possible and washed the donuts down with a cup of water. I ate a couple donuts, and then began to make my way back to the belltower holding the rest of the dozen in my hand. The race back was not too difficult for me, but judging by the partially digested donuts I saw laying in the street (and the retching and splattering sound heard occassionally behind me), others did not fare as well. 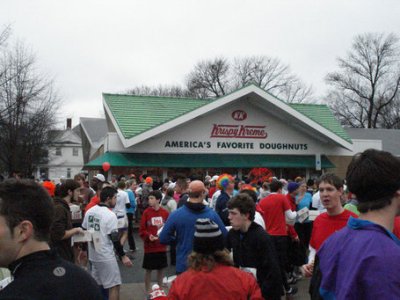 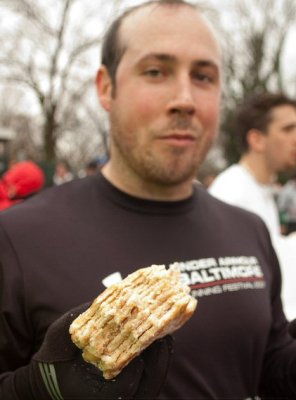 I waved to my sister, dad, and dog (they were spectating) as I got close to the finish line. I met up with the rest of my group, and together we touched the belltower in the symbolic gesture to complete the race. Two of our group completed the challenge, the rest supported a great cause. The proceeds from the race are expected to surpass $50,000, a great donation to the Children's Hospital. The real winners are the children at the hospital, but I also consider myself a winner (I mean, I did get a dozen donuts). 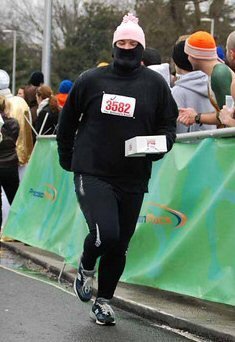 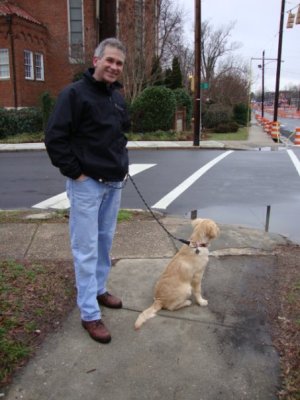