We left Albuquerque early in the morning to head out towards Kasha-Katuwe Tent Rocks, which was just recently named a National Monument in 2001. It was about an hour north of Albuquerque, so we were able to get there just as the sun was coming up over the rocks.

Before we reached the park entrance, I noticed a giant blue line across the horizon. It reminded me of driving towards the ocean, but there was certainly no ocean in the middle of New Mexico. It wasn't until we got right up next to it that I could see it was a giant mound of rocks and dirt, the edge of a massive dam. The picture doesn't do it justice, but it was like an optical illusion. Perhaps I was just becoming delirious from being on the road for so long. 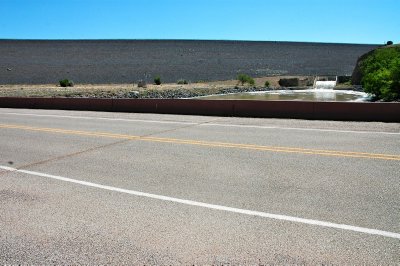 Megan had been super excited to see the Tent Rocks. The Tent Rocks was one of the areas that served as inspiration to Georgia O'Keeffe. We passed through the park entrance, and then drove another 15 minutes down the road to reach the trailhead. Upon stepping out of the car, you were immediately presented with a view of the Tent Rocks. 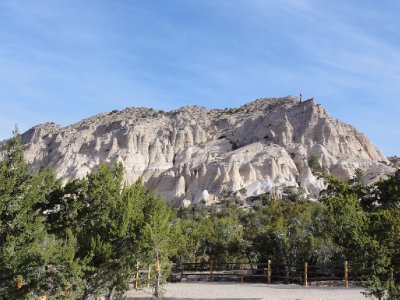 The eruption of Jemez Volcano, the volcano crater we saw yesterday from Sandia Peak, created these unique rock formations. The eruption layered the land in 1,000 ft of ash and pumice. Rocks were also ejected from the volcano and were embedded in the ash. Over time, wind and water has eroded the ash and pumice away. However, the hard rock fragments do not erode as quickly, and form a cap on top of the pointy ash towers. Eventually the rock top falls off, and the unique tent rock formation is created. 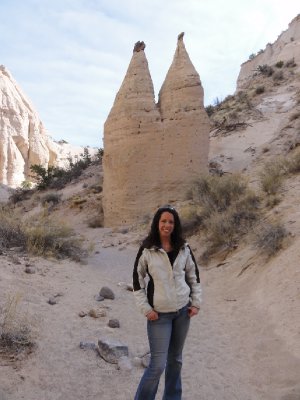 There is a trail that winds up through the Tent Rocks to a peak overlooking the site. We began making our way along the trail, looking for obsidian (volcanic glass) on the trail. A couple ponderosa pines (whose bark smells like vanilla) and stick-man cactus (because the cactus looks like a stick man you draw when you're eight) were scattered in the valley leading up to the ridge. 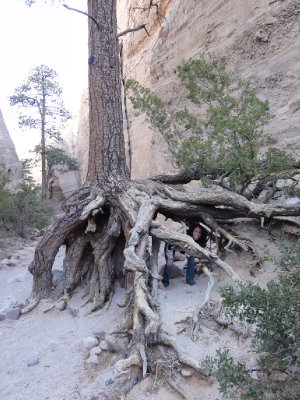 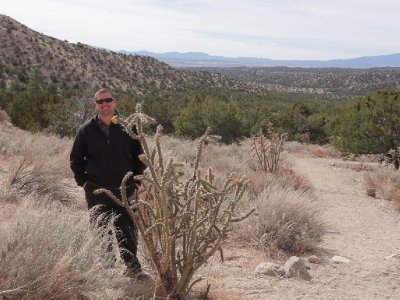 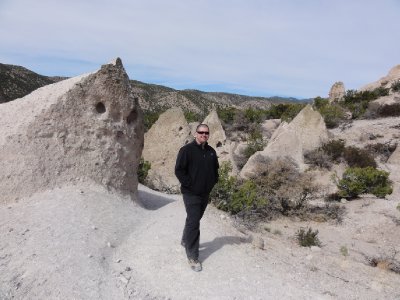 After a mile, we came to canyon that let us get our first up close view of the layers of ash and pumice. If you rubbed the wall, you could feel the soft stone crumbling. The layers ran horizontally across the canyon wall. It was very cool looking, especially in the early morning sunlight. 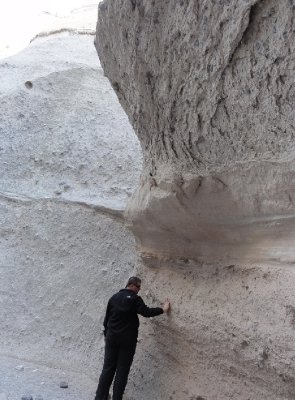 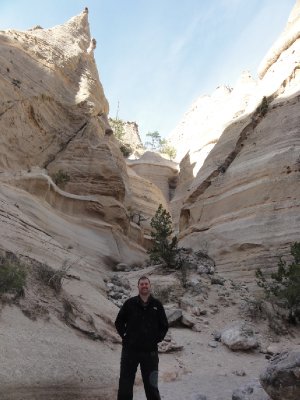 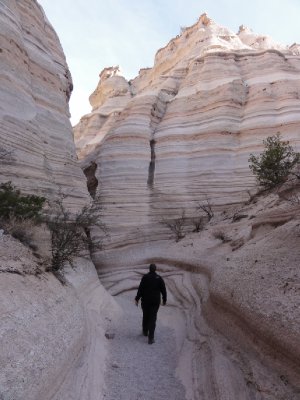 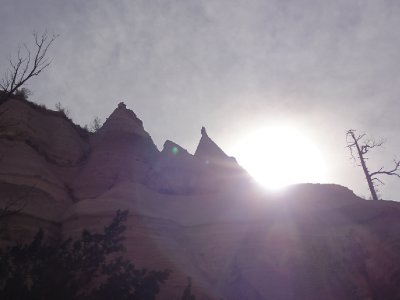 The canyon began to narrow, forcing us to weave between the rocks. You had to step one foot in front of the other, occasionally needing to scale the side of the canyon to make it up the trail. The layers in the rocks were even more pronounced here. 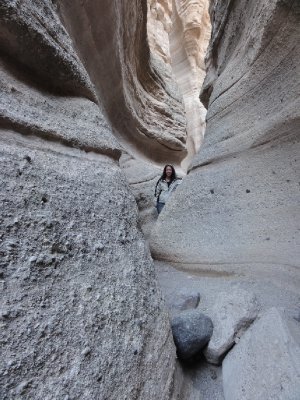 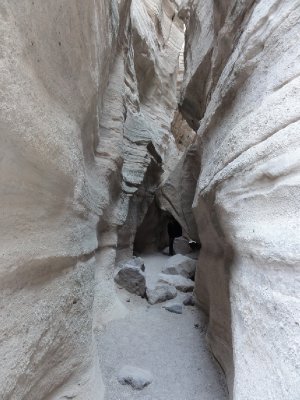 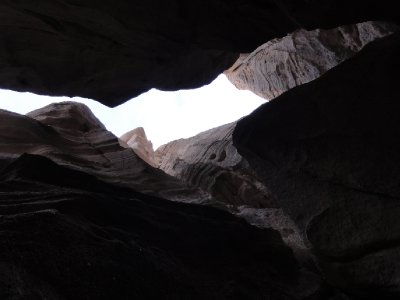 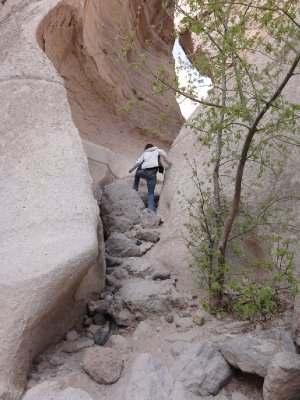 After making it through the canyon, we were getting close to reaching the overlook for the Tent Rocks. We climbed up some steep steps, and were presented with an awesome view of the surrounding Tent Rocks and the mountains off in the distance. 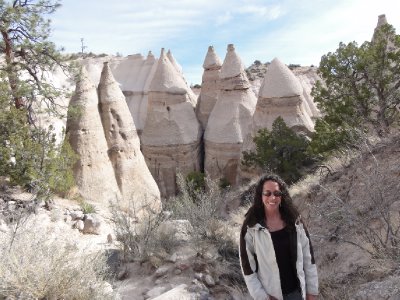 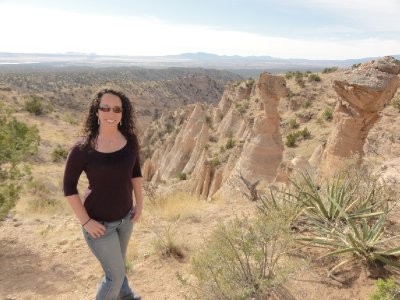 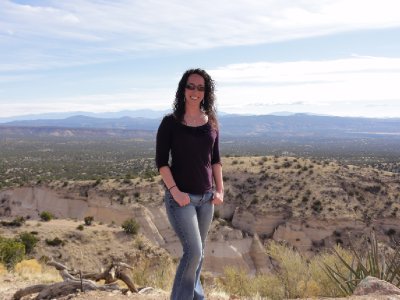 We caught our breath, took in the sights, and then made our way back down the path. We took a side trail back to the car to check out some caves carved out of the canyon wall, and then got back on the road. It was another 9 hours to Denver, our destination for that night.