5 Surprising Guests to the Hot Springs in Arkansas

The Hot Springs in Arkansas have been attracting an unusual cast of characters for centuries. This naturally flowing, super-heated water has been used through the generations for a variety of reasons making Hot Springs, Arkansas a hangout for an unusual cast of characters. Below is a list of 5 visitors that you may not expect to visit this national park in the middle of Arkansas.

Even before this area was discovered by explorers and settled by Europeans, the Native Americans were lounging in the hot streams flowing out of the mountain. Ever since the hot springs were found, people have been using them for therapeutic and medicinal purposes. The water that comes out of the springs fell as rain 4,000 years ago and seeped deeper and deeper into ground beneath the mountains. The water is naturally heated by pressure and earth's temperature before eventually being pushed back up through unique rock formations. And this is not just a little amount of water, we are talking 750,000 gallons of water a day!

Here is a view of the Ouachita Mountains and one of the naturally flowing hot springs that goes through the city (notice the steam!). 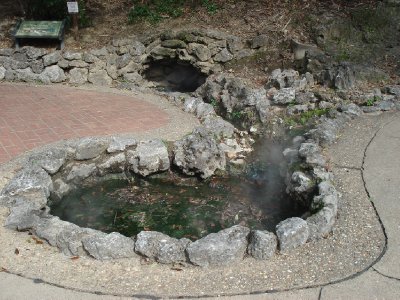 I guess sick people will try anything to get better! In the 1800s people believed that hot water would treat skin and blood diseases. Listen to some of these bizarre treatments that people endured:

Eventually the government stepped in and limited some of the more crazy therapies by limiting baths to 20 minutes and showers to 90 seconds (but this may have been to conserve water since the park was becoming more and more popular). The average prescription for hot water therapy was a 3 week session, but people could stay for years.

Today there are still 2 bathhouses that still offer therapies. There are also water fountains throughout the park where you can drink the hot spring water. I drank from one of the fountains, and it tasted good (except it was hot!). They also have taps where you can fill up containers with the mineral water. I saw several cars lined up filling 5 gallon containers full of water.

Here is a picture of a vapor cabinet, a therapy shower and bath, and drinking from the water fountain. 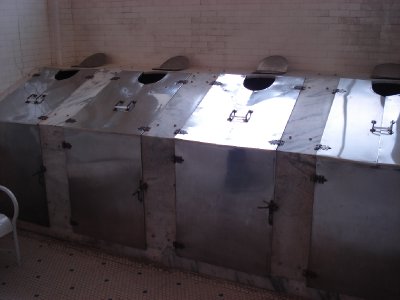 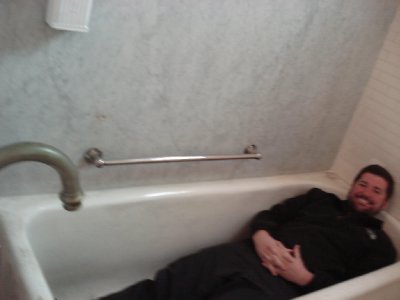 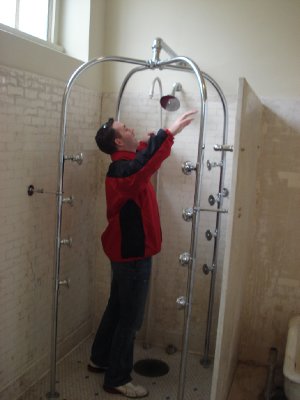 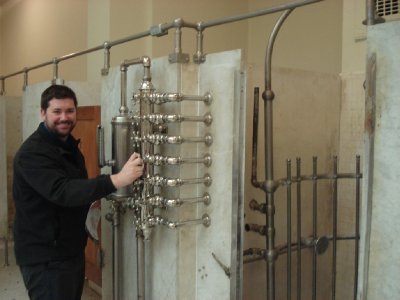 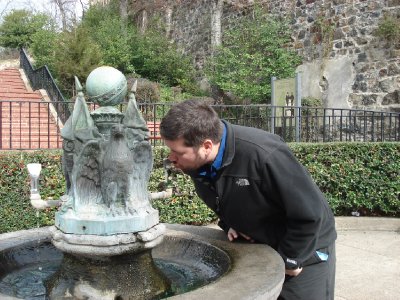 Starting in 1886, Major League Baseball teams starting their spring training in warmer climates. When the Chicago White Stockings chose Hot Springs as their training location, the Pittsburgh Pirates, Boston Red Sox, Cincinnati Reds, St. Louis Browns (Cardinals), Philadelphia Phillies, Brooklyn Dodgers, and New York Highlanders (Yankees) soon followed. Most teams continued this practice through the 1920s, and some continued to send pitchers/catchers through the 1940s. Babe Ruth was one of the many baseball players that loved visiting the hot springs.

Hot Springs was rising in popularity not only with Major League Baseball, but also with the general population. Hot Springs grew and grew, and the bathhouses became much more organized. The national park staff enclosed the streams beneath a street, and Bathhouse Row was created. 9 Bathhouses still sit on Bathhouse Row that runs along the Central Avenue. The park also collected, cooled, and distributed the hot spring water so that the individual bath houses didn't have to collect and cool their own water.

Here are some pictures of me and Jason out front of the bathhouses, a view from the walkway that lines the back of Bathhouse Row, and a view of the underground hot spring. 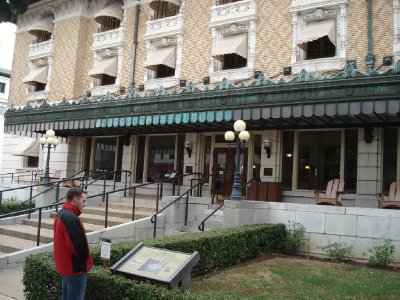 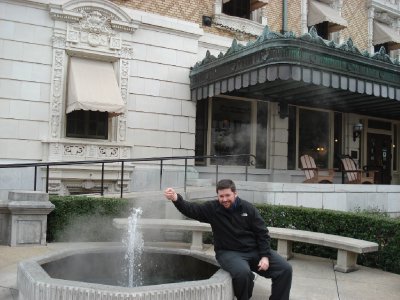 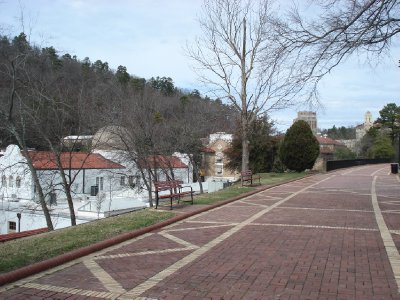 Professional Athletes and the Sick weren't the only ones attracted to the therapeutic hot springs, criminals also flocked to Hot Springs. As far back as the 1880s, gangs were paying police to collect gambling debts. By 1920, ten full sized casino houses (along with smaller venues) and a dog/horse track could be found in Hot Springs. The Hot Springs was reported as a favored retreat by Al Capone.

The lavish lifestyles of professional athletes and gangsters eventually found their way into the bath houses. Everything in the bath houses was made of marble, statues decorated the individual rooms, and ornate stained glass decorated the ceilings. I thought it was very impressive, and invoked an image of Roman Bathhouses where the wealthy would hang out.

It wasn't until the late 1960s that the gambling was forcefully shut down (although there is still a racetrack).

Here are some pictures from the male bathroom (notice the naked women on the ceiling). 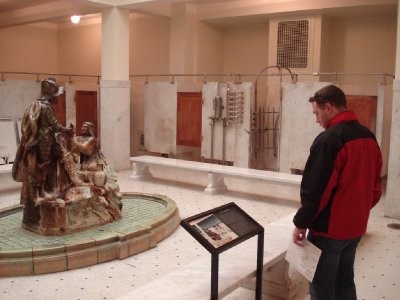 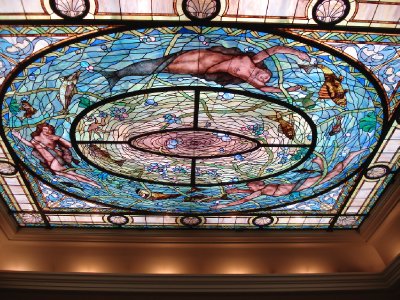 During World War II, the army considered 20 cities as a redeployment area before selecting Hot Springs. Soldiers were granted a 21-day furlough in the city and received discounted rates at the bathhouses. Soldiers received physical and dental treatment before being deployed. In 1944, the army had taken over most of the hotels since the Army and Navy Hospital couldn't house all the soldiers.

The Army and Navy Hospital still sits behind Bathhouse Row and looks over the town of Hot Springs. 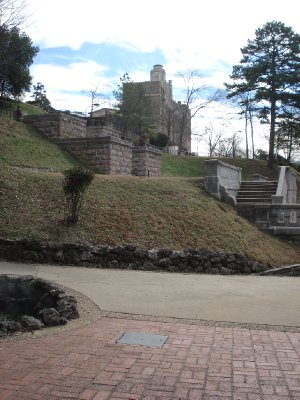 We enjoyed our trip to Hot Springs, but it would have been nice to have a little more time so we could have experienced the bath services firsthand!