Indianapolis is a great city. I had planned on traveling up to Indy to take part in the Superbowl festivities, but an even bigger event popped up—Brian is getting married! Megan, Greg, and I drove up to Indianapolis to visit with 4 awesome cousins and watch Brian tie the knot! 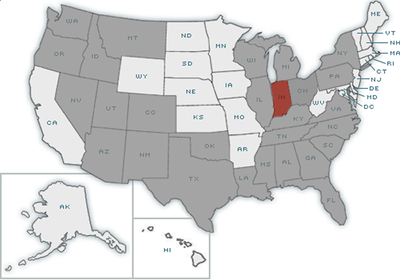 One sports complex that I didn't get to see on my last trip was the Indianapolis Motor Speedway, home of the Indy 500 and Brickyard 400. On our first day back in Indianapolis, we headed over to see the track and the Hall of Fame Museum. 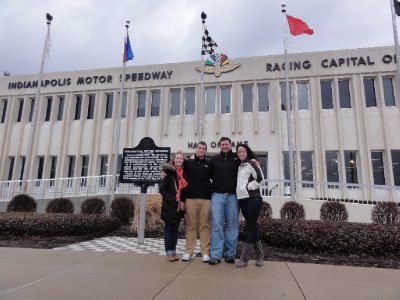 We first went into the Hall of Fame Museum. The largest portion of the museum was a collection of cars that had won or participated in the Indy 500 or Brickyard 400. NASCAR cars, IndyCars (open wheeled race cars), funny cars, motorcycles, and land-speed record vehicles were just some of the vehicles located in the show room (some from the early 1900s). Memorabilia and timing equipment lined the walls. A trophy case showed medals and trophies from past races. 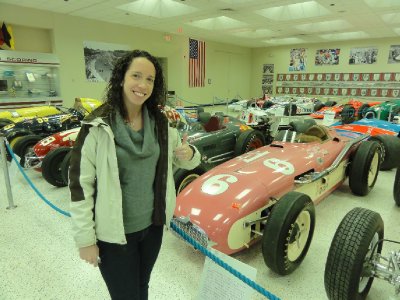 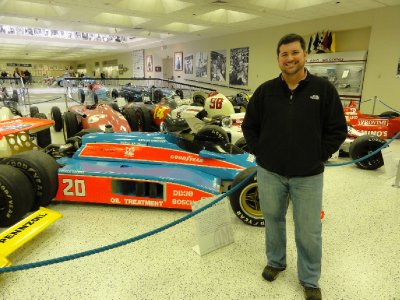 The museum was interesting (especially how they used to keep track of race times using mechanical equipment), but the best part of visiting the Indianapolis Motor Speedway was driving around the track! Unfortunately we couldn't take our own car, or even drive ourselves, but we did get to ride the full 2.5 miles around the track. 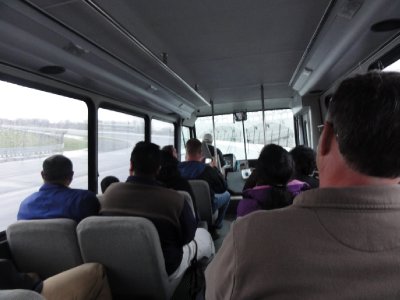 As you can see we were in a bus traveling about 30 miles per hour. Indycars travel around the same loop at around 230 mph, which is a lap every 40 seconds (it took us over 5 minutes for a single lap)! Even at our much slower pace, driving down the straightaway towards the finish line was exciting. The stands towered over the racetrack and I pictured them being filled with screaming fans. This picture shows us getting read to cross the finish line (you can barely see the famous Pagoda on the left). 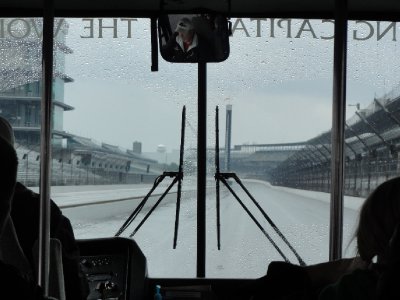 The Indianapolis Motor Speedway race track used to be made entirely from bricks (hence the nickname Brickyard). Early races were different than they are today, as each car carried two participants, one driver and one mechanic. We learned at the Ford Museum in Dearborn that Henry Ford raced some of his first cars at the Indy 500. Over time, sections of the bumpy brick were paved over with smoother asphalt. In fact, only 3 feet of the original 2.5 miles of brick are still exposed which is located at the finish line. 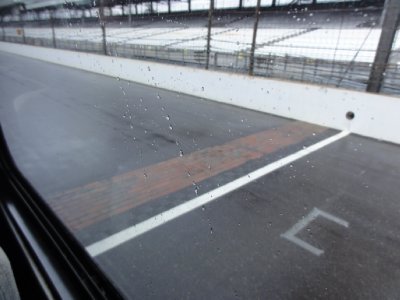 My cousins have crazy stories about attending the Indy 500 and about how the entire area around the race track is a giant party on race weekend (my uncle had to have his spleen removed after being hit by a motorcycle in college). The parking lots were empty on the cold, rainy, winter afternoon, but we decided to get the party started and head downtown to check out the Indianapolis night life.

We stopped to eat at Steak-n-Shake, a diner that serves the "original steakburger". People in Indianapolis are crazy for Steak-n-Shake (which is headquartered there). The burger was delicious, but my milkshake was even better. 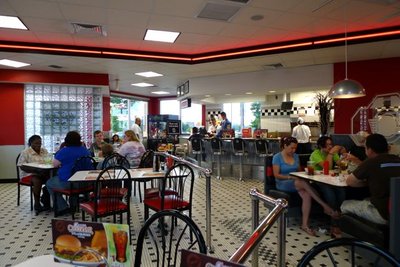 Indianapolis is relatively flat (just like Chicago), so it easy to see the sights while driving around, like Lucas Oil Stadium (where the Colts play and home of the 2012 Superbowl). Indianapolis was also a planned city, which means all the streets were laid out in a grid, and in a city as huge as Indy, you get stopped at plenty of stoplights that give you ample time to take in these sights.

We had a blast in downtown (the bars don't close until 3 in Indianapolis!), but unfortunately I didn't bring my camera out with me. I also forgot my camera to Brian's wedding, which was a beautiful ceremony in the Indianapolis Historical Center. Since it was a military ceremony, Brian and Courtney walked through the Arch of Sabres (a cool thing to see). Unfortunately I will have to trust my memory with the images of these events instead of saving them here!

Our final day in Indianapolis was New Year's Eve. It was also the first game between the Ohio State (ranked #2 in the country) and Indiana
basketball teams. Despite a million things to do before the party that night, we all took a long break to watch Hoosier basketball. Just like back home in North Carolina, basketball is king in Indiana. The Hoosier fans were intense and passionate, and later they were ecstatic when the Hoosiers won! 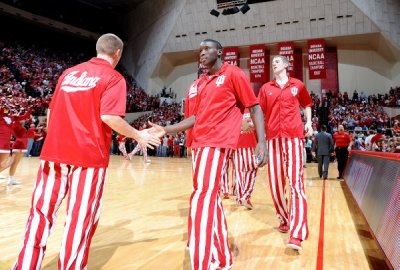 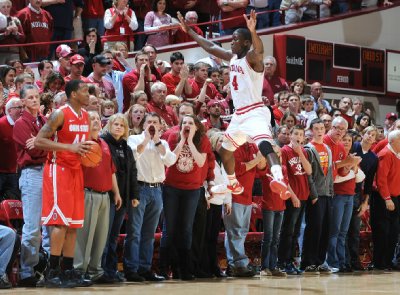 That night, fueled from the adrenaline of the big basketball win, we had a blast at the New Year's party. Power hour, beer pong, minute-to-win-it challenges, and flip cup kept the party lively. This Indy experience was unique to New Years 2012, it's unlikely you'd be able to repeat it (although I'm sure my cousins would love to try!). 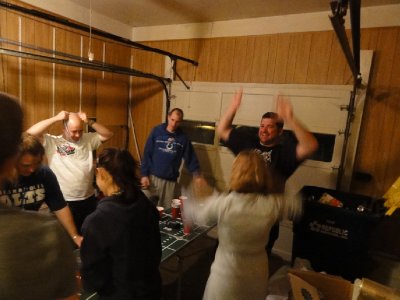 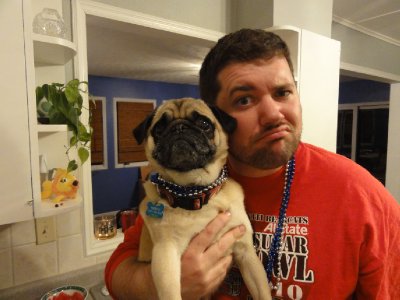 In craziness only rivaled by the Indy 500 party, a royal rumble broke out (I guess that's what happens when you have a wrestling coach, former wrestlers, and plenty of others fortified by alcohol in close proximity). Even Megan got in on the action. Thankfully everyone's spleen remained intact. 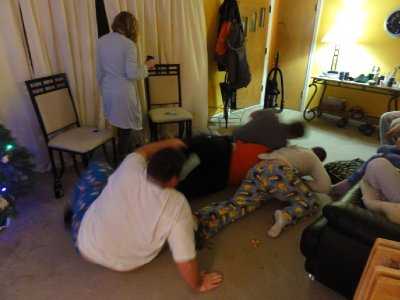 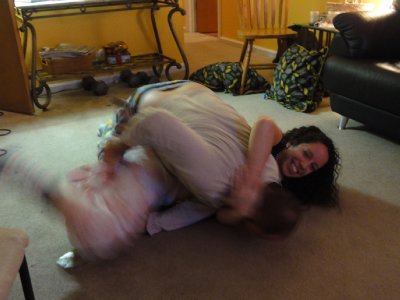 Our trip to Indy was a lot of fun, the trip home was not. It was tough to resist the temptation drive the 11 hour trip back home at an IndyCar speed of 230mph!